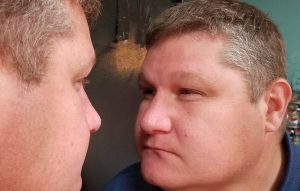 Today is my first entry in the “20 in 30 – September” challenge proposed by @flipping_a_teacher. To be honest, I’m a little intimidated at the thought of creating a blog 20 out of the next 30 days.  The reason my fear is a little strange is because I talk everyday professionally, about multiple topics, and that is only the formal set of conversations. That does no even include the informal conversations, meetings in the hallway, or meetings in the teachers lounge where I am either asked to express my opinion or where I express my opinion in spite of the general tenor of the room.

If anyone has followed my blogs here, at flippedlearning.org, or know me personally you will know that I have plenty of opinions to share. So I’m not sure why 20 blogs in 30 days has any sort of intimidation. I think what really lies at the heart of the matter is not creating a statement of opinion or a short snippet of writing on given topics. I think the challenge is going to be being forced to reflect on 20 opinions in 30 days. Blogging means I have to ensure that those 20 opinions are far more thoughtful and far more well-reasoned than maybe what I share on a daily basis. In that sense this project becomes yet more intimidating because I’m a little bit afraid of what I might find.  Will I find that my daily dose of opinions is not quite as well thought-out, quite as positively grounded, or quite as reflective as I would like to internally believe?

One of the most important things about blogging is that it forces us to be reflective in such a way that we are willing to put it down in the “permanent record” of the internet. All of us would like to think that we are the New England Patriots of American football, and our goal each year is not just to win, but to go undefeated. If I put an opinion in writing, that means I have to either make a choice to stick with an opinion with which I no longer believe, or be willing to admit that the process of thought or series of events that brought me to that opinion allowed me to be… dare I say it… wrong about something. Maybe it’s just my personality but I do think there’s something inherent in human nature that we do not like being wrong.  Even more so, some of us don’t wish to try to cover up being wrong, as we would like to think that we live life as an open book. We would rather believe that we are so smart, reflective, and emotionally in-tune that our opinions are inviolate and our opinions are unassailable.

What makes the “20 in 30” challenge so intimidating is that when were forced to put our opinions on paper, we might find that at least a few of them would have been better off left in our head, or at least we may prefer to have not had to reflect and put them under the microscope of public consumption. What balances the intimidation, is the potential benefit. The benefit that, just maybe, with a little more reflection and a little more thoughtfulness when mixed with the important ingredient of interaction from colleagues, our opinions on education, and our opinions in general, might just become more meaningful and have more meaning.

It is not too late, get in the fun this month.  Write a blog on any education topic, #flipclass or otherwise, and tweet it out with #flipblogs.  The goal here is to get a conversation going, read, and comment on as many teacher blogs as possible for the edification of all involved.  Reflect and share today!